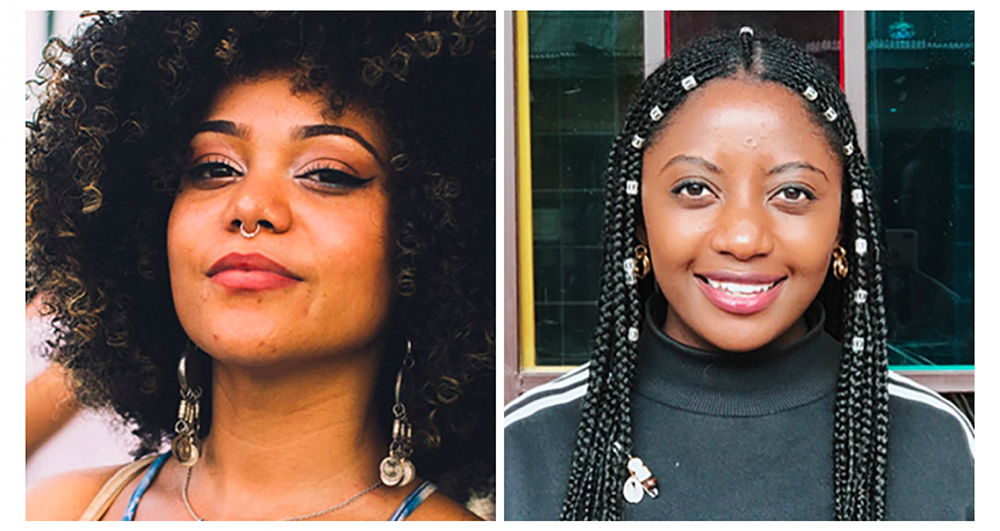 In celebration of International Women's Day 2019, Campaign has chosen 10 creators to spotlight from The Dots' annual creative trailblazers list.

Listed among the top 10 are our own creatives Amie Snow and Yolanta Boti who both joined Ogilvy via The Pipe. 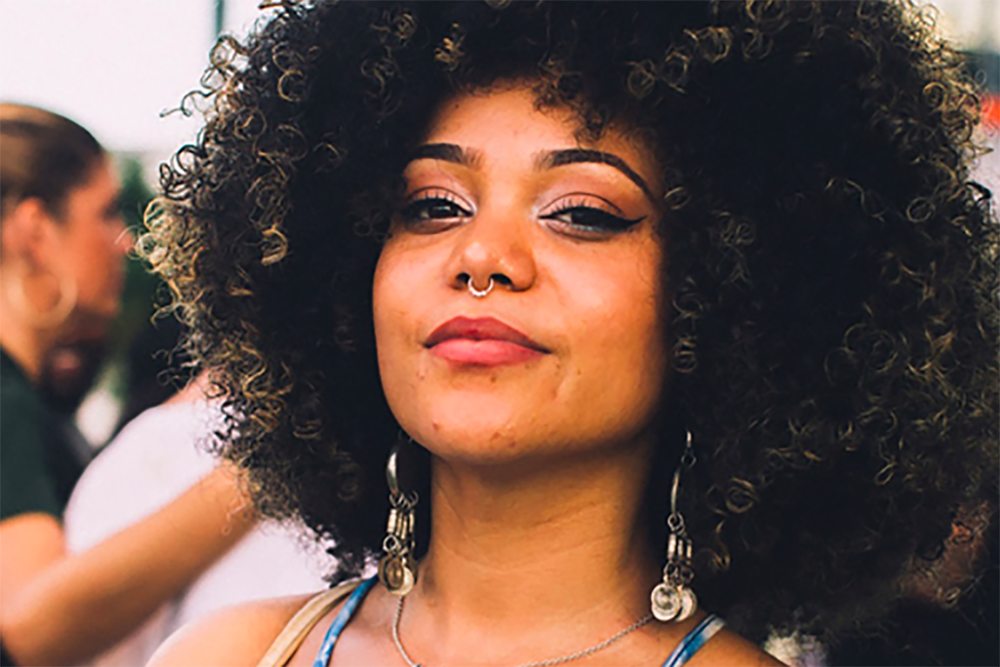 Nominated by Pip Jamieson, founder and CEO, The Dots

Amie Snow is an experienced art director who started out as an intern at Ogilvy and co-founded #OgilvyRoots and WPP Roots to champion industry diversity at global agency level. Notably, #OgilvyRoots’ first campaign was the #ChangeTheFactsNotTheFro in collaboration with World Afro Day and Ogilvy Singapore 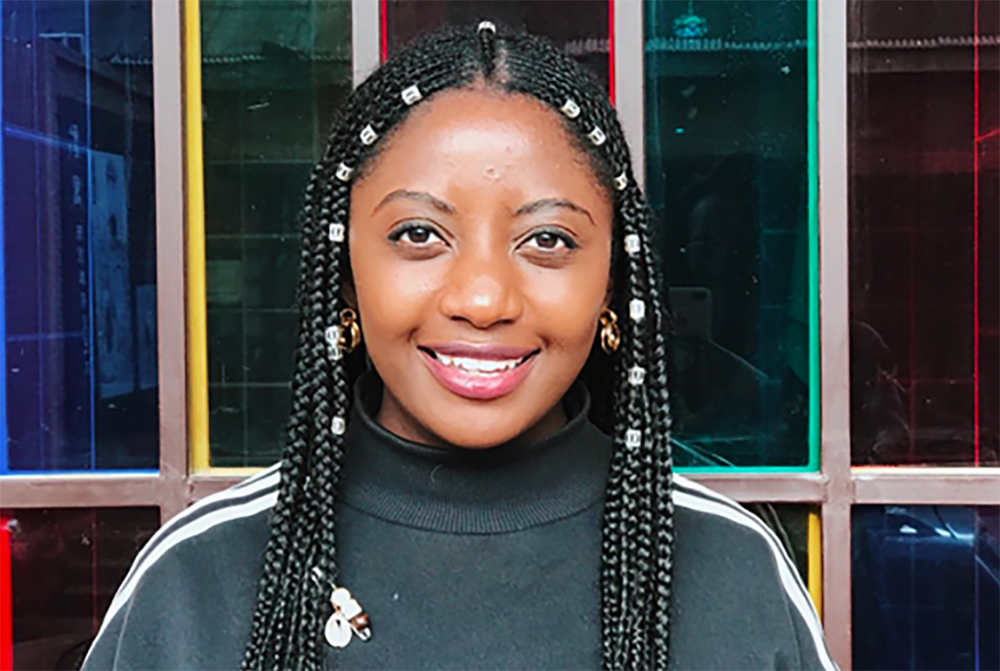 Nominated by Yomi Adegoke and Elizabeth Uviebinené, co-authors of Slay In Your Lane

Yolanta Rosetta effortlessly combines her songbird talents include singing jazz, blues, R&B, and African dialects such as Zulu, Xhosa, Swahili and Tonga alongside working at Ogilvy. Starting out in performance for Broadway musicals and Notting Hill’s Orchestra for Film Music, Rosetta interned at AOL and scored an internship at Oglivy where she is flourishing in its creative team and co-founding its diversity network #OgilvyRoots.

This was originally published in Campaign here.

Ogilvy Most Awarded Global Network At The 2020 Influencer Marketing Awards

Read the new Influencing Our New Reality white paper from Ogilvy UK, to learn about what the future of influencer marketing looks like

On Friday, June 12, Ogilvy Consulting UK will host the 2020 edition of Nudgestock, the can't-miss festival where creativity and behavioral science…

Fortune Will Favour The Brave (Brands)

Brian Collins, Head of Media at Ogilvy UK, discusses how brands should be communicating with their audiences in the current times

Shelina Janmohamed, Vice-President of Islamic marketing at Ogilvy Consulting, explains why COVID-19 proves diversity is as crucial as ever

In the face of a new way of working, the Ogilvy Consulting Behavioural Science Practice and Ogilvy People team have created the …

This week, we hosted Burst Your Bias Bubble – a morning of Unconscious Bias training which has previously been run internally for our leadership team…

Leadership Lessons Without The Bollocks

Ogilvy UK proudly announces that it has been listed as first place on the B2B Marketing UK Agencies Benchmarking League Table, taking a step up from…

Larisa Dumitru examines the many insights and trends that form her top five favourite and least favourite retail trends for the year ahead.

Three Reasons Why The Ogilvy Apprenticeship Stands Out

As our first cohort approaches the end of their apprenticeship, we caught up with Ogilvy UK’s Head of Learning & Development, Gavin Sutton and…

Ogilvy Consulting is listed in the 2020 Financial Times UK's Leading Management Consultants List, a ranking based on recommendations…

Ogilvy Is Most Awarded Agency At DMA Awards 2019

Ogilvy UK is the most awarded agency at the DMA Awards 2019. The annual awards recognise inspirational insights, clever uses of data, craft,…

Thirty Years Of The Internet

The internet is 30 years old this year. To celebrate this, Joel Lim decides to write about data. All the data the internet this thirty-year-old has…

How Serious Is Amazon’s Counterfeit Problem?

eCommerce Lead, Larisa Dumitru examines how serious the problem of counterfeit products on Amazon is

Have you ever wondered what drives fame and fortune for brands? Or why short-termism is inhibiting commercial effectiveness? This week, Ogilvy UK…

Up Close With Ogilvy’s First Artist In Residence

Last month, Ogilvy UK introduced its first artist in residence. A recent graduate of the Royal College of Art, the talented Lucy Gregory will be…

Ogilvy UK has been strengthening its PR and influence team with the addition of senior agency talent.

Ogilvy UK's Chief People Officer, Helen Matthews, speaks to Campaign about why  organisations should apply the same level of insight and expertise to…

Faces To Watch: Up Close With Gabi Field

We caught up with Ogilvy UK's Junior Strategic Planner, Gabriella Field, following her being named one of Campaign's …

Activity from Ogilvy Roots, Ogilvy UK's internal network dedicated to championing cultural diversity in the industry, the agency and creative work, is…

Most people find buying insurance an existential exercise in patience and trust, with complicated products, incredibly intimidating language, and the…

Why Should We Still Need A Panel Called ‘Women In Finance’?

What The Gaming Industry Can Teach Us About Creativity

During the past few years, many articles have outlined the huge untapped marketing opportunity in gaming. Advertising professionals…

How do we ensure storytelling remains a powerful tool in the PR armoury?

Add Some Magic To Your Customer Experience

Roald Dahl, the beloved author of children’s books, was a subversive genius. His gift? An uncanny ability to make kids feel that here was someone who…

Where Should Apple Go Next?

In an aggressively evolving, copycat tech market, global brands are taking bites out of Apple. But brand Apple remains, at its core, the same as it’s…

#OgilvyInfluence: How To Use The Power Of Influence For Good

As our behaviour becomes more and more digital, influence and influencers have become increasingly important in a brand’s strategy. But how can brands…

#DogsOfOgilvy: Why I Bring My Dog To Work

The floors of Ogilvy UK’s offices at Sea Containers on London’s South Bank are home not only to the agency’s people, but also house very special…

Is GDPR The Saviour Of Customer Engagement Marketing?

Why B2B Influencers Might Be Right Under Your Nose

Traditionally seen as the preserve of B2C marketing, influencers are now an integral part of the B2B marketer’s armoury. The good news is you may…

How To Champion Diverse Leadership In B2B

At 29 she’s the youngest B2B marketer from Ogilvy to ever to be named a WACL Future Leader. Now Hayley Burchall discusses how companies can keep the…

For the past 6 years, Ogilvy Consulting's Behavioural Science Practice has invited budding behavioural scientists to join the team for a week. Chloe…

The Psychology Of Humour

Ogilvy UK and Takumi have announced a global partnership, bringing together the capability of Ogilvy UK’s InfluenceO tool with the scale of Takumi’s…

Unbound London 2019: The View From The Ground

Ogilvy UK's Head of Strategy, Communications, Gen Kobayashi wrote in Campaign about why people over 50 are marketing's biggest opportunity.

Ogilvy UK as part of WPP's Team Red has revealed a new brand campaign for Vodafone - ‘Be Unlimited’.

Ogilvy UK's Finance Director Karla Smith was recently appointed to the Board of Trustees at NABS, the support organisation for the advertising and…

Now its seventh year, Nudgestock is hosted by Ogilvy UK's Vice Chairman Rory Sutherland and plays host to some of the leading thinkers and…

The Day The Rain Tried To Beat Us!

Ogilvy UK Head of Social & Content, Jai Kotecha, spoke to the BBC about the future of the world’s largest social network.

A View From WPP Stella Ignite

The WPP senior female empowerment team hosted its fourth #stellaignite event on the 16th May, bringing together 15 speakers from around their…

Creative Conversations: When Should Brands Just Shut Up?

You’re a brand. You’re under pressure. If you’re not part of the non-stop social media merry-go-round, you fear you’ll get forgotten. But when should…

Philips and Ogilvy, under the overarching ‘make life better’ umbrella, introduce the latest manifestation of the message with a new campaign targeting…

Mr Swan, our work with Sipsmith Gin, has been awarded the Thinkbox Award for TV Ad Creativity!

German psychologist Gerd Gigerenzer has studied the use of bounded rationality and heuristics in decision making. Regarded as the Father of Heuristics…

#Nudgestock2019: Are Smartphones The New Cigarettes?

The idea behind Hold originated at Copenhagen Business School. Together with his class mates – Florian Winder and Vinoth Vinaya – CEO & Co-Founder…

#Nudgestock2019: The ABCs To Breaking Bias

Have you ever wondered what makes a hit song? Or how top playlists come together on Spotify? Holding the answers to these questions and many more is …

Everyone Needs A Brazilian

Blazing a trail with his rock-star status and acting as an inspiration to following generations, Brazilian Washington Olivetto is among a cohort of…

The Future of the CMO

Inside An Ogilvy Volunteer Day

PR Week Get Up Close With Matt Buchanan

Ogilvy's new UK head of PR and influence, Matt Buchanan, says the agency has completed its internal restructuring and the 'one Ogilvy' model is helping…

We caught up with Rory Sutherland, Vice Chairman at Ogilvy UK, to help us get inside the heads of buyers and business decisions.

Chloë Hutchings-Hay looks at the effects of placebos and nocebos.

Negotiations: When Psychology Has The Upper Hand

Jack Duddy, Isabel Power and Laurie Twine examine six psychological insights that you can use in everyday life.

As the winners of the very first B2B Marketing Martech awards are announced, Head of Marketing Technology at Ogilvy UK, Paul King, describes his…

Ogilvy UK And Trebor Launch 'Give Me Strength'

Ogilvy UK and Trebor have launched a new social campaign, “Give Me Strength” which showcases the brand’s no-nonsense attitude, calling out everyday…

Today, Sipsmith launches its most ambitious campaign in its 10-year history, bringing to life the Sipsmith brand story, celebrating its passion and its…

Putting A Spring In Your Step

This year, Ogilvy’s global theme of International Women’s Day is #IWannaDiscuss, repurposing the #IWD acronym to start discussions within our global…

In celebration of International Women's Day 2019, Campaign has chosen 10 creators to spotlight from The Dots' annual creative trailblazers list. …

Dan gives insights into the practice of behavioural science

Up Close With Ogilvy’s Apprentices

To mark National Apprenticeship Week, we caught up with three of our apprentices - Harry Scott, John Capeda and Erin Spillane - to find out more about…

Up Close With Ann Higgins

Following Ogilvy Consulting being named among the UK's leading consultancies by the Financial Times for the second consecutive year, we caught up with…

Ogilvy UK is excited to announce that Matt Buchanan will join the agency in a new role as Head of PR & Influence.

As 2019 gets underway, we asked Coley Porter Bell's CEO, Vicky Bullen and ECD James Ramsden what's in store for branding and design in the year ahead…

Time To Return To Marketing Fundamentals?

James Myers, Head of Strategy (B2B) at Ogilvy UK, discusses whether it's time to return to marketing fundamentals

Wellness Trends To Watch In 2019

With the new year underway, we asked Ogilvy's Wellness experts what's in store for 2019.

What trends and developments can we expect to see in digital and social media this year? We catch up with Jai Kotecha, Ogilvy UK Managing Partner…

What will the world of B2B look like in 2019? As the year kicks off, Sam Williams-Thomas, Ogilvy UK's Head of Business to Business makes his …

Established to honour original published thinking on topics of relevance to marketers everywhere, the Atticus Awards are open exclusively to…

Up Close With Alison Hall MBE

Alison Hall, Account Director at Ogilvy UK's Business to Business Practice, has received an MBE for services to victims of war in Northern Uganda in…

Ogilvy UK Strategist, Sara Barqawi unpicks the analogy and its purpose in …