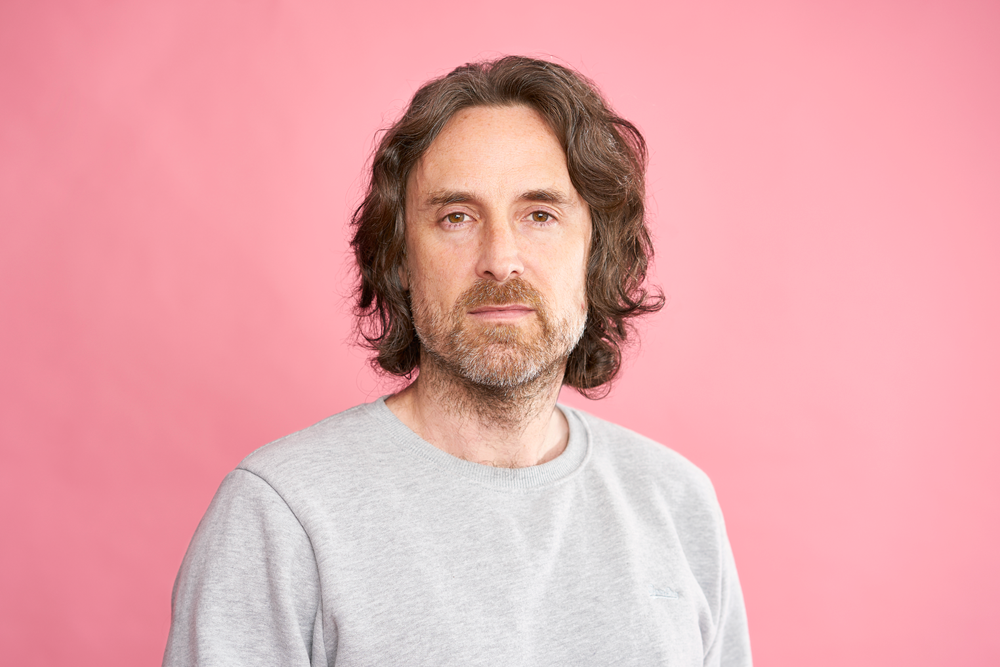 Benjamin's objective will be to continue to accelerate the agency's transformation, launched under the presidency of Matthieu Elkaim and Emmanuel Ferry. Diversity of expertise and creative solutions; hybrid approach to client issues; demanding strategic and creative thinking, which lies at the intersection of advertising, editorial content, social networks, PR, Influence, Behavioral Sciences and Experience.

Benjamin's role will also be to contribute to the agency's creative brilliance in France and internationally and to develop new multidisciplinary talents in the face of a changing market. He will also actively participate in the business development of the agency. As such, he has already contributed to winning some important new clients for the agency in recent months.

"Benjamin is an experienced, passionate, demanding and personable creative director whose work has been recognized by the industry through multi-award-winning campaigns at the most prestigious festivals. But above all, he has an excellent understanding of the current challenges facing advertisers and knows how to respond with a wide range of creative solutions," says Matthieu Elkaim, President and Chief Creative Officer of Ogilvy Paris.

It's a return to his roots for Benjamin, who began his creative career at Ogilvy Paris on French and International accounts such as Fanta, Sprite, Scrabble, Free and Perrier. After 9 years, he left the agency-- elected best European agency at the time --, to join Buzzman on the MTV Mobile and SFR accounts. In 2012, he joined 180 Amsterdam to take charge of PlayStation and Asics for Europe. In 2013, he co-founded the French office of the Blast Radius network (WPP), a pioneering agency on social networks.

He won Converse France, several brands of the Danone and Bel groups. The agency was then merged with the Wunderman network, where he became executive creative director. There, he actively participated in the transformation of the agency into a full-service agency, and in the space of 3 years, he helped it to win major competitions and some thirty significant awards, including the agency's first Cannes Lions and D&AD. In parallel, he became global creative director for several Danone brands.

In 2018, Benjamin joined BETC to drive the creation of Crédit Agricole and was behind the new brand platform for The French National Lottery game, Loto. Today, he is back at Ogilvy Paris to bring all his experience to the momentum initiated 3 years ago by Emmanuel Ferry and Matthieu Elkaim, the agency's presidents. During his career, Benjamin has won all the major awards in France and internationally: Cannes Lions, D&AD, the Eurobest Grand Prix, the Grand Prix Cristal, the Grand Prix Epica and numerous golds at the New York Festivals, Andy Awards, One Show and Clio Awards.

Last October, Ogilvy Paris launched the 2nd edition of its "Hors Circuit" contest with a new partner, the association Les Déterminés. The jury, made up…

In June 2020, Ogilvy Communications Group appointed Matthieu Elkaim and Emmanuel Ferry as co-chairs of the Paris agency. Since their appointment, they…

Elias Zaaza joins Ogilvy Paris as Social Creative Lead to strengthen the social team and infuse it with his strategic and creative vision. His mission…

Benjamin's objective will be to continue to accelerate the agency's transformation, launched under the presidency of Matthieu Elkaim and Emmanuel Ferry…

Having matured into adolescence, and grown in size, influence is still defining itself within the world, jockeying for position among more established…

Ogilvy Paris is pleased to announce that Jonathan Baudet-Botella has joined its creative talent roster as Art Director.
Jonathan started his…

COVID-19’s continued disruption of real-world routine has propelled the uptake of virtual-world solutions. As more of our daily life, work, school and…

After studying at Sup de Pub, he joined Wunderman in 2014 and then (we are) ADDICT as Brand strategist on the brands So Music/ Société Générale, Haribo…

Have a read on the topic in our latest Social Paper!
Feel free to contact us if you have any questions: …

In 2011, Thibault co-founded SoWeb Agency, an agency that helps companies to find business solutions by amplifying their presence in the digital world…

Because environmental challenges affect a majority of consumers, social networks are a lever to be exploited to communicate effectively on the…

Fanny Camus-Tournier : « Planning is a bit like patient zero in campaigns» - Influencia

On the occasion of the release of our magazine number 35 "Inspirations 2021", INfluencia launches a new podcast. Each week, a member of the Strategic…

2021 AME Grand Jury member, Fanny Camus Tournier is Chief Strategy Officer at Ogilvy Paris and a member of the Executive Management Committee. She…

It’s time to embrace a new online reality and get your brand ready to jump on the hottest trends of SocialCommerce. The margin for platform innovation…

In a time when human behavior has shifted perhaps more dramatically in a short period of time than ever before, the study of how and why people do the…

Emmanuel Ferry was a guest on the Hebdo Com with Frederic Roy and Pauline Tattevin.
A program proposed by CBNews and BFM Business.

Ogilvy Paris absorbs SOCIAL LAB Paris to create a more powerful group, focused on audiences and performance, with Social thinking at its heart.

As soon as they were appointed president of Ogilvy Paris in May 2020, Emmanuel Ferry and Matthieu Elkaim worked on integrating the Social Lab structure…

No longer a luxury sector of spas, yoga and detox diets, the global wellness economy is worth US$4.5 trillion and is …

How can we stop people from engaging in anti-social behaviour?
That's not usually a question you'd ask someone from a marketing agency. But it's…

The alliance will be effective July 1, 2020, and Grey will retain its brand and draw on Ogilvy's resources. The team will be integrated into Ogilvy's…

Global Head of Deloitte Digital Succeeds John Seifert, who announced his plans to step down in April this year.

What's Next: Unlocking a powerful corporate culture in turbulent times and beyond!

Natalie Rastoin hands over to a Matthieu Elkaim and Emmanuel Ferry

Ogilvy Paris announces the departure of Natalie Rastoin from the presidency and her replacement by Matthieu Elkaim and Emmanuel Ferry, as Presidents.…

After Covid : Will we simply be resilient, or truly "anti-fragile"?

Brands and Lies in the Post-Truth Era

In the "post-truth" age, brands have to mobilize consumers by focusing not on what the company does or how it does it, but why it does it.

To paraphrase David Ogilvy, the secret to building a great agency is to surround yourself with people who are smarter than you are. If that’s the case…