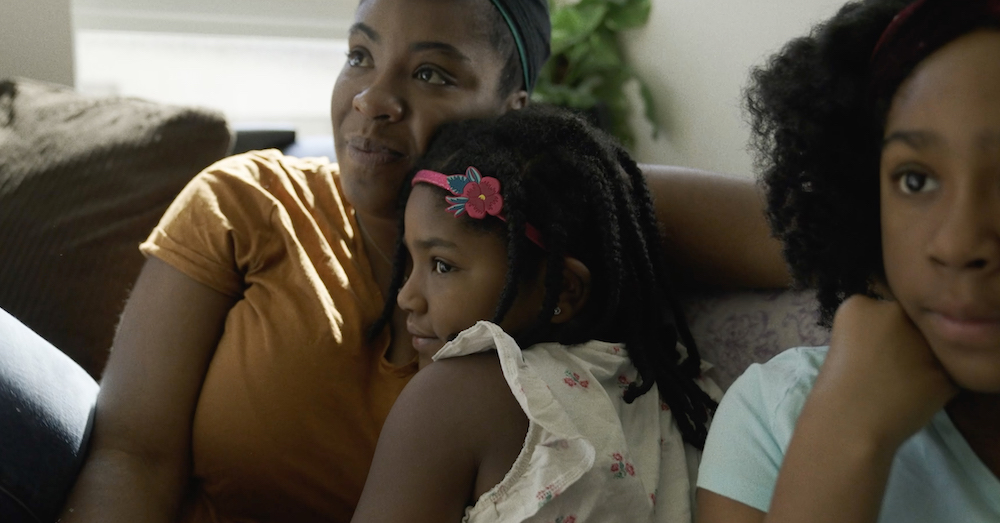 NEW YORK — January 21, 2021 — We all watched as Kamala Harris stood where no woman, and no Black or South Asian woman, has ever stood before in U.S. history. It was a milestone moment for millions of Americans who have yearned to see faces that resemble their own at the highest levels of our democracy.

A new film released last night by Girl Up, the gender equality youth initiative of the United Nations Foundation, in partnership with Refinery29 and Ogilvy captures this history-making moment through the eyes of girls who watched as the daughter of Indian and Jamaican immigrants was sworn in as the 49th Vice President of the United States, becoming the highest-ranking female politician in American history. ‘Today We Rise’ illustrates the immeasurable impact that the images of Vice President Harris taking her oath of office, administered by Supreme Court Justice Sonia Sotomayor—the first Latina to serve on the nation’s highest court—will have on generations to come. Watch the film here (additional assets available).

‘Today We Rise’ was filmed and produced by a volunteer network of photographers and cinematographers during the inauguration in over 30 households across the country. It was edited immediately after the inauguration ceremony, going live within hours of the event.

The film will be featured in a personal essay by Refinery29’s Global Editor-in-Chief Simone Oliver as she reflects on what this moment means to her as a Black woman and Howard Alumna as well as for future generations of young girls, including her daughters.

Melissa Kilby, Girl Up Executive Director, said: “This moment is about hope and possibilities. It's about infinite potential – not just that of Madam Vice President Kamala Harris, but of every girl, everywhere. Girls seeing her taking the oath will grow up to remember the moment they first believed they could do anything – because of what they saw her do.”

Simone Oliver, Global Editor-In-Chief at Refinery29, said: "I’m not naive to think the swearing in of Madam Vice President Kamala Harris was the antidote for a nation in need. It was about representation and showing our girls what’s possible and that possibility offers hope."

Daniel Fisher, Global Executive Creative Director at Ogilvy, said: “It is hard to sum up the impact this moment will have around the world in words, so we wanted people to experience it through the faces that will shape the future. Vice President Kamala Harris may be the first woman to hold high office in the US, but she won’t be the last. The inauguration was a huge moment in history, so it’s an honor for Ogilvy to have collaborated with Girl Up to make this film and we’re so grateful to everyone who donated their time to help us capture this inspiring event.”

Girl Up is a global leadership development initiative, positioning girls to be leaders in the movement for gender equality. With resources in five languages and more than 4,000 Girl Up Clubs in over 120 countries, we’ve trained 75,000 girls of all backgrounds to create tangible change for girls everywhere. Girl Up provides leadership training and gives girls tools to become gender equality advocates and activists. Through our programs in STEM and storytelling, girls broaden their social impact skill set to better prepare them for success in whatever their futures hold. Our girl leaders create real policy change at local and national levels, raise millions of dollars to support programs for girls around the world through our United Nations partners, and build community-based movements for social change. Girl Up was founded by the United Nations Foundation in 2010 and continues to work across a global community of partners to achieve gender equality worldwide. Learn more at GirlUp.org.

Interested in bigger, bolder ideas? Sign up for our newsletter for more insights on how brands can make an impact on the world.
238
Ideas Generic Subscribe Link

The Monkeys, The Movies, and Mum: Storytelling Our Way to Sustainable Development

What can Bradley Cooper, Lady Gaga, monkeys, and 18th Century feminists teach us about how to bring the world together to achieve our Sustainable…

Business in the Era of Conversation

Conversational commerce has well and truly arrived but what does that mean for brands?

Being recognized once again by Gartner is a tremendous honor," says Carla Hendra, CEO of Growth & Innovation.

Will Asia Regain its Velocity Following the Pandemic?

COVID-19 constitutes the largest economic shock in decades. Will Asia bounce back, or is it forever changed?

Ogilvy’s remit will include global strategic and creative duties for the brand, focusing on its lead market priorities.

5 Guidelines to Ensure Your Business is Built for Growth

For firms who want to leverage innovation to discover opportunities for new growth, there are five keys to keep in mind.

Lisa will be responsible for leading creative across the agency’s diverse portfolio of clients in California and beyond.

How brands can deliver against their social and commercial imperatives, while realizing the value of good intentions.

Is Clubhouse the Next Great Social Platform for Brands?

The app's low friction way of pulling people into a live conversation is innately social at its core.

Loyalty Programs in the Middle East: For Love and Not Just Money

Will the difficult circumstances of the last year eject us back into travel mode, or will we emerge cautiously and tentatively?

Ogilvy today announced it has been selected by Pernod Ricard USA to serve as the lead creative agency for its tequila and mezcal brands.

Authenticity, connection and value are the keys to keeping the relationship between people and tech mutually beneficial.

'Art, Science and Soul': Stacey Ryan-Cornelius on The Reset Podcast

Ogilvy's Global Chief Financial Officer talks her journey on a recent episode of The Reset Podcast.

A Tribute to Edmond Moutran

The Founder and Chairman of MEMAC Ogilvy passed away in Beirut at the age of 77.

Conversations That Matter—From Start-Up to Scale-Up

A strong brand is the cornerstone of any successful, growing company.

The explosion of remote connectivity has led to enhanced engagement between doctors and the pharmaceutical industry.

Opportunity has arisen for alcohol and spirits brands to take on new meaning, capital, and social currency.

Benoit de Fleurian recently presented a Brandsutra session all about the importance of behavioral science in persuasive communication.

How to reinvent personas to inform a better, more precise crafting of message framing and content.

Brochurewares, Nightmares, and Selling or Else: Carla Hendra Chats with 'You Shoulda Been There'

Carla Hendra joined "You Shoulda Been There" to recount her experiences during the internet boom of the 90s and more.

Conversations That Matter—Digital Trends Worth Remembering From 2020

2020 was a challenging year, but one that brought us valuable lessons with lasting learnings.

DAVID is opening a new office in Latin America, expanding its operation into Colombia.

What Advertising Can Learn From Evolutionary Psychology

How evolutionary psychology can provide practitioners with a framework to plan, create and design ads.

The latest Conversations in Health Webinar focuses in on the trends in digital health to take hold in 2021 and beyond.

Ogilvy has received a perfect score of 100 on the 2021 Corporate Equality Index (CEI).

Ogilvy Greece Named Agency of the Year At Effies Hellas

The agency won a total of 9 Effies, including the Grand Effie for Lacta's "Act for Love" campaign.

Our speakers discussed  the transformation of retail in this new age, and what brands can do to get a leg up.

Advice For Telecoms: Do What's Counter-Intuitive

While we’re relying on our service providers more than ever, a lack of love for the sector remains.

"Today We Rise" is a new film released by Girl Up in partnership with Refinery29 and Ogilvy.

The Explosion of Virtual Health in the Field of Mental Health

As the need for mental health support services continues to grow, providers have pivoted quickly to telehealth options.

Ogilvy Health CEO Kate Cronin on the pandemic's impact on healthcare brands, the future of wellness, and more.